Below is a list of lectures and a brief synopsis of each. You can download a Printable Copy of the lecture programme. 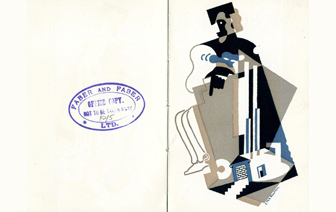 As a pioneer of literary modernism, TS Eliot inevitably influenced his counterparts in the visual arts. He was friends with several artists. Edward McKnight Kauffer and David Jones illustrated his work; Patrick Heron and Wyndham Lewis painted him; Jacob Epstein sculpted him. There are paintings inspired by his poems. And the reverse is also true; The Waste Land famously employs techniques borrowed from modern art.

This lecture will explore some of those connections, while also taking the chance to display some of Eliot's own artistic creations: the jokey little sketches he included in letters to children. 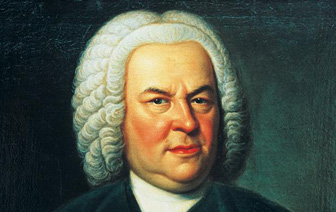 Sandy Burnett's close relationship with Bach's music stretches back for decades; between 1997 and 2010 he directed a complete cycle of Bach's sacred cantatas in West London.

In this illustrated talk he explores how Bach brings the Christmas story alive in his Weihnachtsoratorium or Christmas Oratorio, written for Lutheran congregations in 1730s Leipzig.

An overview of Bach's life and achievement precedes a close look at this magnificent work which draws on various forms ranging from recitative, arioso, aria, chorale, and instrumental sinfonia through to full-blown choruses which are infused with the joyous spirit of the dance. 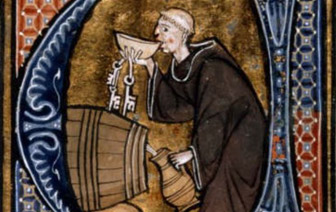 A Brief Story of Wine

Wine has been part of our global society for over 7,000 years, and the story tells of its origin and appearance in all societies across the Mediterranean and through Europe. There is rich evidence of the role wine has played in these societies and how it became an important component of faith, well-being and festivity.

From the kwevris of Georgia in 5,000 B.C., the symposia in ancient Greece, the thermopolia of Pompeii, the hospices of Europe, to the dining tables of fine society wine has been ever present. Drawings, paintings, engravings, buildings, pottery and wine labels themselves all contribute to the story. 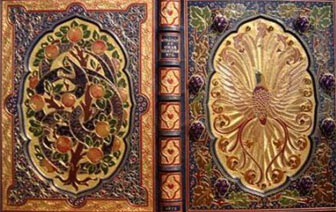 The Whole Art of The Book

Why was the best paper made from the worn out clothes of peasants? Why did leather have to be tanned outside the city walls? Why is gold leaf so thin that it is measured in atoms and cannot be touched with the hands? Why do printers have to do everything upside down and backwards? Why did gold finishers get paid more than other bookbinders despite not washing their hair? And why is the art of bookbinding itself, surely the most complex of all hand crafts, as beguiling and enchanting today as it was when it was invented on the banks of the Nile 2,000 years ago.

This lecture is a ‘Through the Round Window' for grown-ups, and tells the fascinating story of everything that makes a traditional hand bound book.

Despite its superb location, beautiful harbour and quaint buildings having made it one of the most painted spots in Britain, Polperro is the forgotten art centre of Cornwall, and the story of Art in Polperro has not been told before.

This lecture draws on David's new research into the subject, which will be published in two books to accompany an exhibition at Falmouth Art Gallery in the spring of 2021. It examines why Plymouth based artists were the first to paint in the village and why the coming of the railway had little impact. It also looks at why Polperro never really developed into a colony. Despite this, the picturesqueness of the village has ensured that countless artists from around the world have painted its charms.

In addition to featuring the handful of artists who did settle there, and the numerous British artist visitors, the talk will also showcase a range of American, German, Dutch and French artist vistors, as well as the first Chinese modernist painter, Teng-Hiok Chiu. There will also be a special feature on “the Polperro Polemicists”, led by Arthur Wragg, whose biting satirical works during the 1930s were felt to have led to an increased awareness of the need for a more caring form of Government and, ultimately, to the introduction of the Welfare State.

The talk will be illustrated with a wide range of paintings in varying styles. 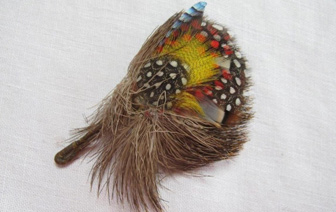 When social historian Tessa Boase told the Royal Society for the Protection of Birds she wanted to write their early story, they refused to let her visit their archives. To a former investigative journalist, this was a challenge she could not resist . . .

This lecture shines a light on the intriguing story of women's love affair with plumage ­ – and of the brave eco feminists who fought back on behalf of the birds. Moving from a polite Victorian tea party to an egret hunt in a Florida swamp; from a suffragette ‘monster rally' to a milliner's dusty workshop, you'll be taken back in time to a world where every woman, of every class wore a hat. 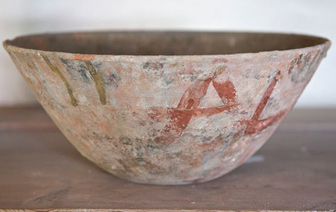 William Morris led a revolution against the products of the machine age. The first of our ‘passionate potters', William de Morgan, was a friend of Morris who rediscovered the secrets of Near Eastern lustre glazes. In contrast, the eccentric and argumentative Martin Brothers created a range of elaborate salt glazed pots unparalleled in their imaginative breadth. Sir Edmund Elton, the ‘potter baronet', made pots which combine startling glazes with exotic forms. And finally, Bernard Leach, the father of English studio pottery, not only married the arts of Japan and England but created a legacy that is still alive today.

This lecture explores the lives of these truly passionate potters and celebrates their extraordinary and beautiful creations. 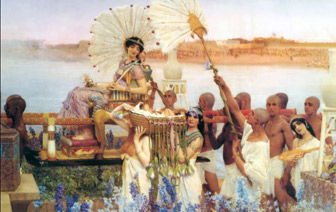 The Worst Painter of the Century?

John Ruskin, the renowned art critic, was a great champion of the Pre-Raphaelites and passionate advocate of the vastly different work of Turner but held particular disdain for an artist whom he dubbed the "worst" painter of the century. Perhaps Ruskin's condemnation had to do with the fact that this painter was one of the most popular and certainly the wealthiest artist in Britain at the time?

By looking at a selection of the maligned painters works and those of his contemporaries, we can begin to unpack Ruskin's contemptuous assessment in the context of Victorian Britain.

What have the Huguenots ever done for us?

The mass migration of the French Protestant Huguenots in the 16th and 17th centuries impacted the arts, the military and finance sectors of the countries to which they fled after suffering Catholic persecution in their homeland. It is estimated that upwards of 50,000 people settled in the British Isles, and that perhaps one in six of the country's current population descends from Huguenot lineage.

This lecture focused on three areas of the arts impacted by the migration: the baroque style of Versailles that arrived in London through the great Huguenot designer, Daniel Marot, who worked for William and Mary at Hampton Court; the growth of the silk weaving industry in Canterbury, Spitalfields and later Sudbury and Macclesfield; and on the silversmiths and ceramicists who ushered the French Rococo style into Britain.

This was put into the context of how their work changed material culture and was absorbed into British national identity.

This wide ranging survey started in 1749 with Mr and Mrs Andrews. Portrait artists like Gainsborough were beginning to gaze out towards the countryside. Turner and Constable could be said to portray our national identity through images of peace and plenty while sometimes ignoring unrest and poverty.

Later, Stanley Spencer and Paul Nash used landscape as a search for inner knowledge, fantasy and religious values. The photography of Bill Brandt and Bert Hardy documented modern urban landscape. Andy Goldsworthy and Richard Long chose to move from the studio and use the physical material of the landscape itself.