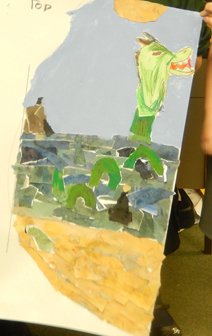 In June 2015 the children of Kennall Vale School decided to give their classrooms names. Up until now they had numbers.

The head teacher came up with an idea. She asked all the children to think of some imaginative names with a Cornish slant.

Pupils worked hard on this and made many suggestions. The staff and governors decided to look at all the submissions and chose a winner.

A student in Class 4 arrived at the idea of Cornish mythical creatures:

Local artist and ex head teacher of Kennall Vale School, Paddy Haughton, agreed to work with all pupils from classes 1 – 4 to create plaques for each classroom door reflecting its new name. They researched the creatures, learnt a range of art techniques and photographed their work for the school website. 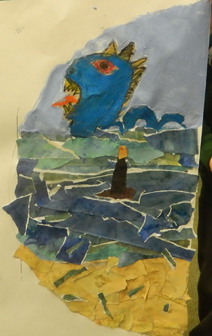 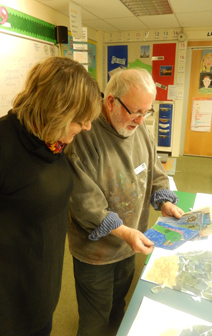 The plaques are in the shape of a semi circle to compliment the circular windows on each door. The pupils in each class worked in groups and used collage to create the design of the plaque. The final designs were photographed and digitally enhanced by Paddy. Members of the staff of Kennall Vale School then chose the collage for each classroom, which was then transferred onto the plaque. The plaques were printed onto rigid plastic signboards, which can be easily fixed to the walls outside the classrooms.

Two committee members from Falmouth DFAS observed Class 4 as they created their collages of Morgawr rising up out of the sea.

All of the pupils were fully involved in the work. They collaborated sensibly and enthusiastically with each other under the watchful eye of Paddy and helped by Faye Bradley.

This was an enriching experience for the children of Kennall Vale and served to give them all a real sense of identity with their local environment. 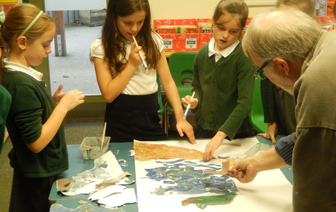 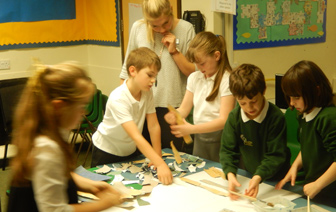